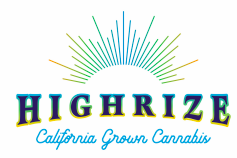 Todd - founder of Highrize and avid outdoorsman - wanted to create a grab-and-go cannabis brand that fit with how he uses one of earth’s oldest medicines, to enhance his connection with nature and his surroundings.

Exploring California while mountain biking, snowboarding, or hiking, he wanted a pre-roll that was well-crafted, free of impurities, and easily accessible. Thus, he created Highrize and began the process of crafting the perfect pre-roll.

While full-gram joints are perfect for some situations, Todd wanted a smaller, less cumbersome smoke for times when he found himself constantly extinguishing the full gram and relighting the rest later. He determined a quality pre-roll should be lit once; an imperfect pre-roll, never. He created Highrize minis for a quick smoke and developed a custom pocket-sized package, eco-friendly and resilient enough to withstand his active lifestyle.

He calls them “friend-makers” having met many fellow Californian naturists by handing out one of his mini pre-rolls.

From the beginning, hand rolling in our garage, to moving into our facility, Highrize has made over 2 million pre-rolls.  We remain proud of every pre-roll we produce as well as how we embrace our community. In doing so, a portion of all Highrize proceeds assist those who have been affected by California wildfires.